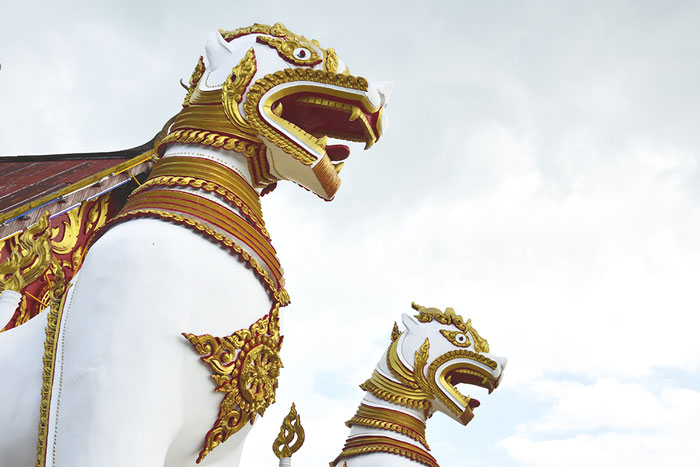 A chinthe is a leogryth (half lion, half dog or human)

For thousands of years chinthe pairs have protected Burman pagodas and temples in Burma and other Asian countries. The chinthe symbol was born from an Oedipus style legend.  One version of the story is that a princess and a lion fell in love. They eloped into the forest surrounding their kingdom, against the wishes their King and Queen. After giving birth to a male heir the princess returned to the palace in search of security. Never knowing whom his father was, the young heir returned to the forest as an adult to slay the angry lion who had been wreaking havoc on the people outside the palace walls. When he discovered he had slain his father, the prince had two chinthes (half lion, half human) erected to guard the pagoda and to honour his father’s memory.